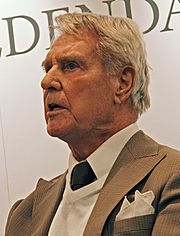 Hansen was in many Danish movies and television shows. He was best known for his roles as the banker Hans Christian Varnæs, head of one of the two rival families in Matador, and as Doctor Moesgaard in The Kingdom.

All content from Kiddle encyclopedia articles (including the article images and facts) can be freely used under Attribution-ShareAlike license, unless stated otherwise. Cite this article:
Holger Juul Hansen Facts for Kids. Kiddle Encyclopedia.