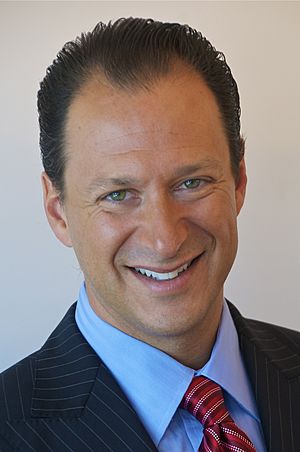 Robert Siciliano is the CEO of IDTheftSecurity.com and is fiercely committed to informing, educating, and empowering Americans so they can be protected from violence and crime in the physical and virtual worlds

Identity theft is the deliberate use of someone else's identity, usually as a method to gain a financial advantage or obtain credit and other benefits in the other person's name, and perhaps to the other person's disadvantage or loss. The person whose identity has been assumed may suffer adverse consequences, especially if they are held responsible for the perpetrator's actions.

Identity theft occurs when someone uses another's personally identifying information, like their name, identifying number, or credit card number, without their permission, to commit fraud or other crimes. The term identity theft was coined in 1964. Since that time, the definition of identity theft has been statutorily prescribed throughout both the U.K. and the United States as the theft of personally identifying information, generally including a person’s name, date of birth, social security number, driver’s license number, bank account or credit card numbers, PIN numbers, electronic signatures, fingerprints, passwords, or any other information that can be used to access a person’s financial resources.

An October 2010 article entitled "Cyber Crime Made Easy" explained the level to which hackers are using malicious software. As one security specialist named Gunter Ollmann said, "Interested in credit card theft? There's an app for that." This statement summed up the ease with which these hackers are accessing all kinds of information online.

The new program for infecting users' computers is called Zeus; and the program is so hacker friendly that even an inexperienced hacker can operate it. Although the hacking program is easy to use, that fact does not diminish the devastating effects that Zeus (or other software like Zeus) can do to a computer and the user. For example, the article stated that programs like Zeus can steal credit card information, important documents, and even documents necessary for homeland security. If the hacker were to gain this information, it would mean identity theft or even a possible terrorist attack. The ITAC says that about 15 million Americans are having their identity stolen, in 2012.

Identity theft may be used to facilitate or fund other crimes including illegal immigration, terrorism, phishing and espionage. There are cases of identity cloning to attack payment systems, including online credit card processing and medical insurance.

In this situation, the identity thief impersonates someone else in order to conceal their own true identity. Examples might be illegal immigrants, people hiding from creditors or other individuals, or those who simply want to become "anonymous" for personal reasons. Another example are posers, a label given to people who use somebody else's photos and information through social networking sites. Mostly, posers create believable stories involving friends of the real person they are imitating. Unlike identity theft used to obtain credit which usually comes to light when the debts mount, concealment may continue indefinitely without being detected, particularly if the identity thief is able to obtain false credentials in order to pass various authentication tests in everyday life.

All content from Kiddle encyclopedia articles (including the article images and facts) can be freely used under Attribution-ShareAlike license, unless stated otherwise. Cite this article:
Identity theft Facts for Kids. Kiddle Encyclopedia.