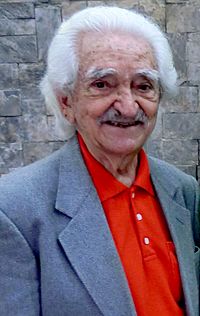 Inocente José Carreño (28 December 1919 – 29 June 2016) was a Venezuelan composer and academic. He won the Venezuelan National Prize for Music in 1989. He was born in Porlamar, Venezuela.

Carreño died on 29 June 2016 from complications of pneumonia in Porlamar, Venezuela, aged 96.

All content from Kiddle encyclopedia articles (including the article images and facts) can be freely used under Attribution-ShareAlike license, unless stated otherwise. Cite this article:
Inocente Carreño Facts for Kids. Kiddle Encyclopedia.