The top part of a typical British bank statement. The red arrow points to the IBAN. (Note - The Wessex Bank is not a real bank, but the layout is based on the layout of a real British bank).

The International Bank Account Number is an internationally-recognised way of identifying bank account numbers. Its abbreviation is "IBAN". The IBAN was developed to enable people in the European Union to send money to a bank account in another country. When a person uses a computer to make a money transfer, the IBAN has features that allow the person’s computer to check for typing errors. The IBAN is now used in all European countries and also in many developing countries. Developed countries outside Europe such as the United States, Australia and Canada do not use the IBAN. 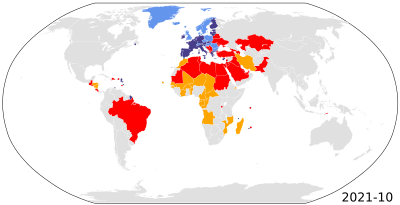 IBANs are usually written in groups of four characters. This makes it easy for people to copy the numbers.

The first four characters in an IBAN have the same meaning throughout the world. Each country has its own layout for the rest of the IBAN. For example "GB29NWBK60161331926819" is a British IBAN for a bank account at the National Westminster Bank. The parts of this IBAN are described below:

The letters in the second row have the following meanings:

Each country has its own layout for the rest of the IBAN. This example shows the British layout.

A computer can check an IBAN by changing it into an integer and dividing the number by 97. If the IBAN is valid, the remainder equals 1. The rules for changing the IBAN to an integer are:

Many computer programs have been written to check whether or not an IBAN is valid. These programs do not check whether or not an IBAN is genuine. They do check that a genuine IBAN has been copied correctly. UNESCO maintains one such program and have made the source code public. It will detect a large number of mistakes that users might make when they are copying a genuine IBAN by hand. These mistakes include: 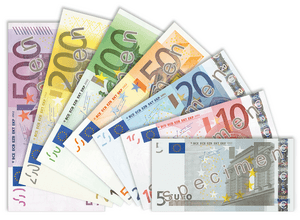 By February 2014, the IBAN must be used for all bank accounts in the EU and EFTA that use the euro.

The IBAN was developed to make it easier to transfer money from a bank in one EU country to a bank in another EU country. This was important when people bought goods from other countries. The rules for the IBAN were drawn up by the International Organization for Standardization (ISO) in 1997. They were revised in 2003 and again in 2007. The rules that were written in 2007 consist of two rule books:

The IBAN is also used in many developing countries including Brazil, Pakistan. Turkey and many counties in the Middle East.

All content from Kiddle encyclopedia articles (including the article images and facts) can be freely used under Attribution-ShareAlike license, unless stated otherwise. Cite this article:
International Bank Account Number Facts for Kids. Kiddle Encyclopedia.