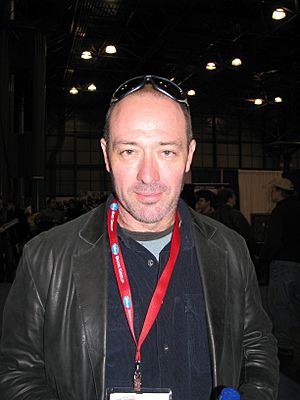 Birmingham was born in Liverpool, England in 1964. He came to Australia with his family in 1970 and settled in Ipswich, Queensland. His first book written in 1994, He Died With A Falafel In His Hand, was about his experiences sharing a house with other people.

All content from Kiddle encyclopedia articles (including the article images and facts) can be freely used under Attribution-ShareAlike license, unless stated otherwise. Cite this article:
John Birmingham Facts for Kids. Kiddle Encyclopedia.