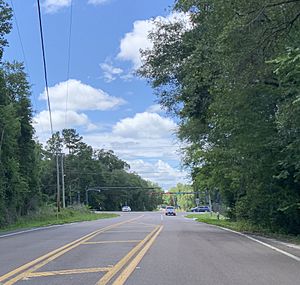 Jonesville is an unincorporated community in Alachua County, Florida, United States. It is located roughly at the intersection of County Road 241 and State Road 26 (Newberry Road). Jonesville has no city government but is an informal name for a region on Newberry Road between Gainesville and Newberry. 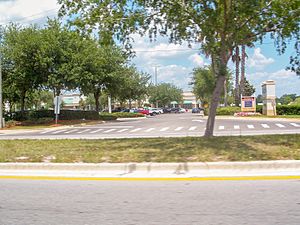 While no clear delineation has been made for what includes Jonesville, its eastern boundary is 122nd street (colloquially known as Parker Road), due to the City of Gainesville owning up to the eastern side of the road. All the other limits are vague. Jonesville may extend as far west as to 170th St. Approximate northern and southern markers for the region are NW 39th Avenue and SW 8th Avenue, respectively.

Jonesville is named for John Joseph Jones, a young Alabama farmer who moved to this area in the early 1850s, and owned a farm on the south side of the old Newnansville Road. During the Civil War he enlisted as private and later served as 1st lieutenant in the Alachua Rangers, which became C Company of the 7th Florida Volunteer Infantry. After the war he returned to farming. When a post office opened in Jonesville in 1875, John Jones became the first postmaster and this is how the community received the official name of "Jonesville".

All content from Kiddle encyclopedia articles (including the article images and facts) can be freely used under Attribution-ShareAlike license, unless stated otherwise. Cite this article:
Jonesville, Florida Facts for Kids. Kiddle Encyclopedia.