Kids Encyclopedia Facts
This page is about a musical term. For other uses, see Key (disambiguation). 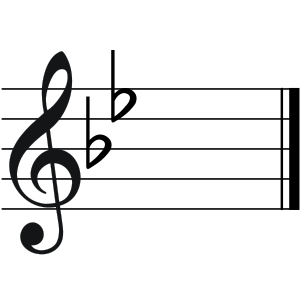 In music theory, the key of a piece is the group of pitches, or scale, that forms the basis of a music composition in classical, Western art, and Western pop music.

The group features a tonic note and its corresponding chords, also called a tonic or tonic chord, which provides a subjective sense of arrival and rest, and also has a unique relationship to the other pitches of the same group, their corresponding chords, and pitches and chords outside the group. Notes and chords other than the tonic in a piece create varying degrees of tension, resolved when the tonic note or chord returns.

The key may be in the major or minor mode, though musicians assume major in a statement like, "This piece is in C." Popular songs are usually in a key, and so is classical music during the common practice period, around 1650–1900. Longer pieces in the classical repertoire may have sections in contrasting keys. 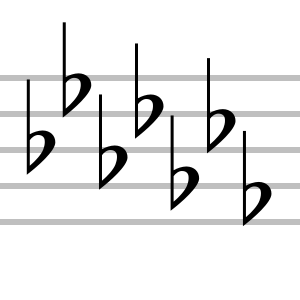 All content from Kiddle encyclopedia articles (including the article images and facts) can be freely used under Attribution-ShareAlike license, unless stated otherwise. Cite this article:
Key (music) Facts for Kids. Kiddle Encyclopedia.