The Celestine is the name with which has popularised the Tragicomedy of Callisto and Melibea, attributed to Fernando of Rojas. His composition traces back to the last years of the 15th century, during the reign of the Catholic Kings in Spain and his extraordinary publishing success began in the 16th century and continued, with altibajos, until his prohibition in 1792 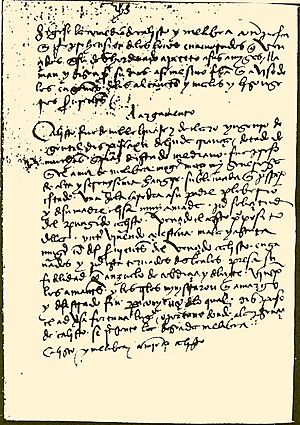 All content from Kiddle encyclopedia articles (including the article images and facts) can be freely used under Attribution-ShareAlike license, unless stated otherwise. Cite this article:
La Celestina Facts for Kids. Kiddle Encyclopedia.