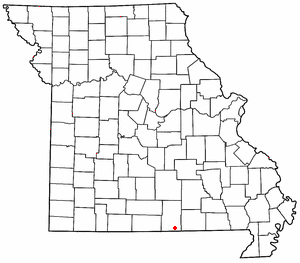 Lanton is an unincorporated community in southern Howell County, Missouri, United States. It is located on Missouri Route 17 between Missouri Route 142 and the Arkansas line about one mile to the south.

A post office called Lanton was established in 1881, and remained in operation until 1977. The community's name is a amalgamation of Lancaster and Sutton, the surnames of two early settlers.

All content from Kiddle encyclopedia articles (including the article images and facts) can be freely used under Attribution-ShareAlike license, unless stated otherwise. Cite this article:
Lanton, Missouri Facts for Kids. Kiddle Encyclopedia.