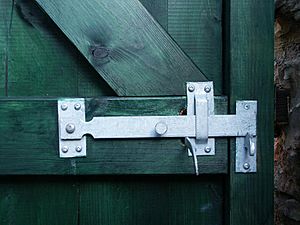 This latch can be opened from outside the door or from inside. 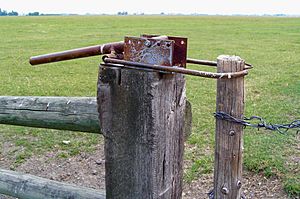 A latch is used to close a farm gate, but is also easy to open. 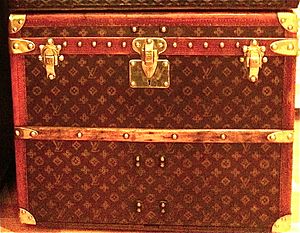 A lock and two latches on a trunk 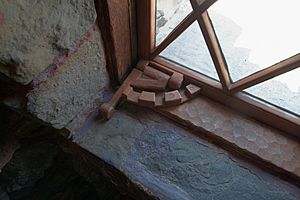 This window latch can hold the window open or hold it closed.

A latch is a type of hardware that is used to join two objects together. A latch often keeps animals or wind from opening something. This could be a door or a gate. Unlike a lock, a latch is easy to open if you know how, so it can be convenient on a gate that needs to be opened often.

All content from Kiddle encyclopedia articles (including the article images and facts) can be freely used under Attribution-ShareAlike license, unless stated otherwise. Cite this article:
Latch Facts for Kids. Kiddle Encyclopedia.