Laura Adams Armer (January 12, 1874 – March 16, 1963) was an American artist and writer. In 1932, her novel Waterless Mountain won the Newbery Medal. She was also an early photographer in the San Francisco Bay Area.

Laura May Adams was born in Sacramento, California, and relocated with her family to San Francisco before 1880. Her father was a carpenter and her mother a dressmaker. In 1893 Miss Adams began her art studies at the California School of Design in the Mark Hopkins Institute and left in 1899 to open her own photographic studio in the Flood Building. She achieved rapid success as a portrait photographer, published her theories on composing studies for the camera, and exhibited with great acclaim at the: San Francisco Sketch Club (1900); California State Fair (1901–02); New York Camera Club (1901); Photographic Salons of San Francisco (1901-Second Prize; 1902–03); Starr King Fraternity in Oakland (1902); and San Francisco Art Association (1903). In February 1902 she sold her studio to Berkeley photographer Adelaide Hanscom and traveled in the Southwest with her fiancée Sidney Armer.

The couple married that July and in 1903 moved to Berkeley for the birth of their son, Austin. The pace of her exhibitions accelerated with a display at the Oakland Art Fund of her bookplate designs and prints, which Anne Brigman called "exquisite", and contributions to the American Photographic Salons in New York City and Washington, D.C. She returned from a trip to Tahiti in October 1905 and shortly thereafter her infant daughter died. She emerged from a short retirement in late 1906 and became an active exhibiting member of the Berkeley art colony. She also exhibited on the Monterey Peninsula and vacationed in Carmel with Anne Brigman. Laura won a silver medal at Seattle's Alaska–Yukon–Pacific Exposition in 1909 and began to experiment with color photography in her popular Berkeley studio.

The turning point in her career came in 1919–20 when she began to document systematically the Hopi and Navajo of the Southwest, which resulted in numerous publications on their societies, art (especially sand paintings), and folklore, as well as hundreds of photographs and the film The Mountain Chant (1928). 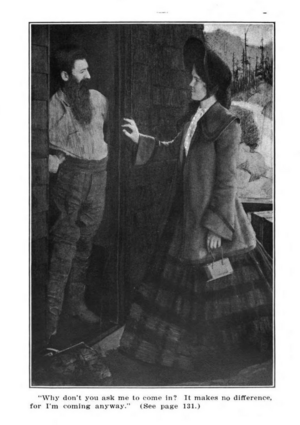 Illustration from Leaves from an Argonaut's note book, 1905 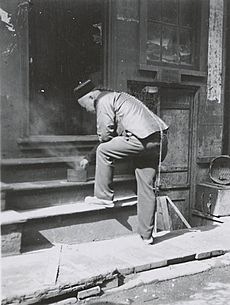 An elderly Chinese man with a queue, photographed in Chinatown by Armer.

All content from Kiddle encyclopedia articles (including the article images and facts) can be freely used under Attribution-ShareAlike license, unless stated otherwise. Cite this article:
Laura Adams Armer Facts for Kids. Kiddle Encyclopedia.