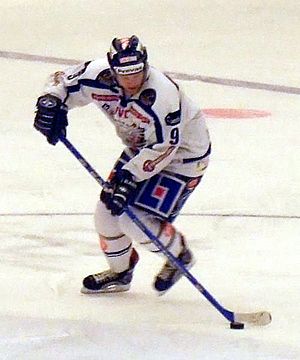 Linköpings HC is an ice hockey club in the town of Linköping in Sweden. The club was established on out of the BK Kenty ice hockey section 4 August 1976.

Linköpings HC progressed to the Swedish top division for first time in 1999. The club made it to the Swedish national finals in 2007 and 2008. They lost both times.

All content from Kiddle encyclopedia articles (including the article images and facts) can be freely used under Attribution-ShareAlike license, unless stated otherwise. Cite this article:
Linköpings HC Facts for Kids. Kiddle Encyclopedia.