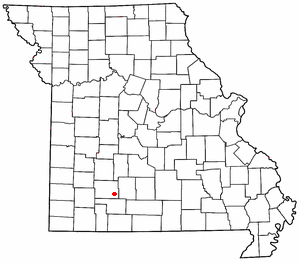 Logan is a small unincorporated community in southeastern Greene County, Missouri, United States. It is located five miles (8 km) west of Rogersville and is not located on a highway. It is one mile north of U.S. Route 60 and one mile west of Route 125. Numerous homes and a school are located there. Originally, Logan's school district was separate from nearby Rogersville's and the two eventually merged, giving its name to both the school district and the fire district which covers the area. Mail is served by Rogersville.

Logan is part of the Springfield, Missouri Metropolitan Statistical Area.

All content from Kiddle encyclopedia articles (including the article images and facts) can be freely used under Attribution-ShareAlike license, unless stated otherwise. Cite this article:
Logan, Greene County, Missouri Facts for Kids. Kiddle Encyclopedia.