The article about graphical symbols is at Logo 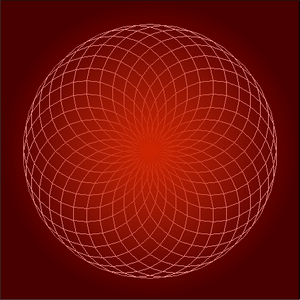 A graphic created with Logo

Logo is a programming language that is easy to learn. It is used to teach students and children to program a computer. It was developed to process lists of words. It was like the language LISP.

In 1967, the first Logo ran on a mainframe computer, a machine called a teletype was used to type in and printout the results. There was no screen.

In 1969, it was used to control a Floor Turtle. Commands were added to send the turtle forwards and backwards, and to turn the turtle to left or right. This turtle had pen with different colors. When it moved, it left a trail on the floor.

When a new version of Logo was developed to draw graphics on a screen, it used the same commands. This was called Turtle graphics.

There are 170 versions of Logo. Many of them are open source and free. There are three Logo textbooks that can be downloaded free. Logo is usually an interpreted language.

Load the Logo program. Type the next line in the command box.

A spiral drawn using recursion. Using the editor, type in this new definition.

Type this in the command box.

On the screen you will see.

All content from Kiddle encyclopedia articles (including the article images and facts) can be freely used under Attribution-ShareAlike license, unless stated otherwise. Cite this article:
Logo (programming language) Facts for Kids. Kiddle Encyclopedia.