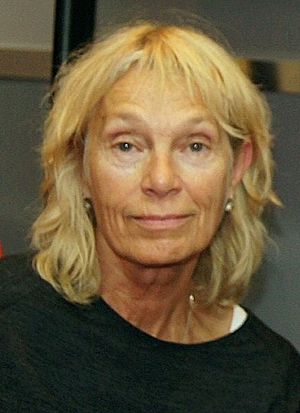 Braunek was born in Szamotuły. She graduated from the Ludwik Solski Academy for the Dramatic Arts, Warsaw in 1969. She was married to movie director Andrzej Żuławski. They had a son actor and movie producer, Xawery Żuławski (1971). She was a follower and teacher of Zen Buddhism.

Braunek died from cancer on 23 June 2014, aged 67. She died in either Warsaw or Frankfurt, Germany.

All content from Kiddle encyclopedia articles (including the article images and facts) can be freely used under Attribution-ShareAlike license, unless stated otherwise. Cite this article:
Małgorzata Braunek Facts for Kids. Kiddle Encyclopedia.