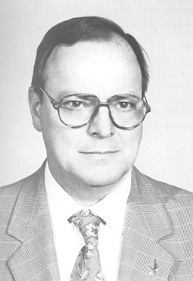 Marco Formentini (14 April 1930 – 2 January 2021) was an Italian politician. He was a member of the Northern League, then for the Democrats and finally for The Daisy. He was born in La Spezia, Italy.

All content from Kiddle encyclopedia articles (including the article images and facts) can be freely used under Attribution-ShareAlike license, unless stated otherwise. Cite this article:
Marco Formentini (politician) Facts for Kids. Kiddle Encyclopedia.