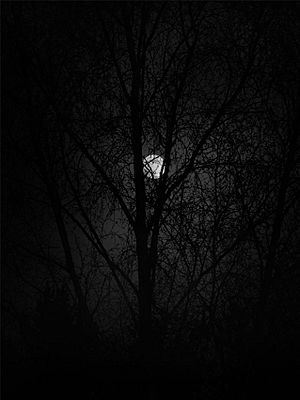 A photo taken at midnight 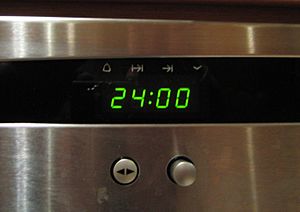 One way for a digital clock to show midnight

The time 12:00 at night, or 24:00 is called midnight. On computer clocks, the day changes to the next day the minute after midnight.

Solar midnight is the opposite of solar noon, which is when the sun is highest in the sky

Start and end of day

In the world, midnight is the start of one day and the end of the last day. It's the dividing point between two days.

All content from Kiddle encyclopedia articles (including the article images and facts) can be freely used under Attribution-ShareAlike license, unless stated otherwise. Cite this article:
Midnight Facts for Kids. Kiddle Encyclopedia.