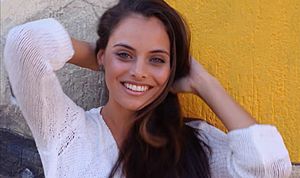 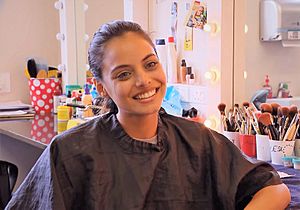 Parthiephal with scar makeup in dressing room in 2016

Mishqah Parthiephal is a South African actress of Indian descent. Born and raised in Verulam, just north of Durban, she studied drama and media at the University of KwaZulu-Natal and was subsequently based in Johannesburg. After her first film role in 2010, she primarily worked in television and advertising until 2015. Outside South Africa, she is best known for her role as the lawyer Priya Seghal in the CTV/Netflix series The Indian Detective.

All content from Kiddle encyclopedia articles (including the article images and facts) can be freely used under Attribution-ShareAlike license, unless stated otherwise. Cite this article:
Mishqah Parthiephal Facts for Kids. Kiddle Encyclopedia.