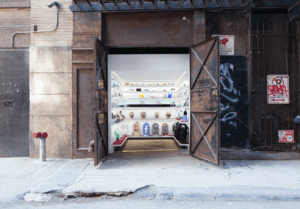 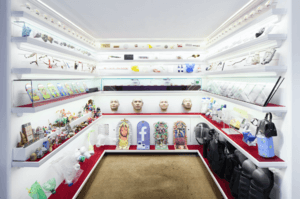 The Mmuseumm was founded by Alex Kalman and the Safdie brothers.Its first two locations are on Cortlandt Alley between Franklin Street and White Street, sometimes known as Mmuseumm Alley. Mmuseumm is dedicated to the curation and exhibition of contemporary artifacts to illustrate the modern world. Mmuseumm's first wing, Mmuseumm 1, opened in 2012 in a former elevator shaft. The second wing, Mmuseumm 2, opened in 2015 three doors down. The museum is accessible 24 hours a day via peepholes in its door. 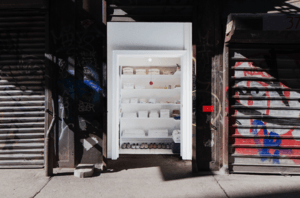 All content from Kiddle encyclopedia articles (including the article images and facts) can be freely used under Attribution-ShareAlike license, unless stated otherwise. Cite this article:
Mmuseumm Facts for Kids. Kiddle Encyclopedia.