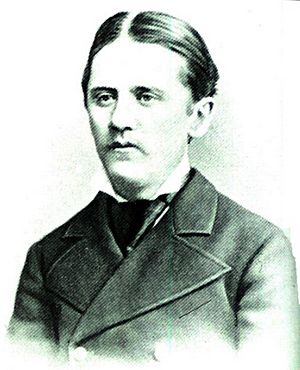 Modest Ilyich Tchaikovsky (13 May 1850 – 15 January 1916) was a Russian dramatist, opera librettist and translator. Like his famous composer brother Pyotr Ilyich Tchaikovsky, he was a homosexual. In 1876, Modest tutored a deaf-mute boy and eventually helped him to talk, write, and read. Modest wrote three plays and the libretti for several operas, including his brother's The Queen of Spades and Iolanta. He translated Shakespeare's Sonnets, and wrote his brother's biography. He died in Moscow in 1916.

All content from Kiddle encyclopedia articles (including the article images and facts) can be freely used under Attribution-ShareAlike license, unless stated otherwise. Cite this article:
Modest Tchaikovsky Facts for Kids. Kiddle Encyclopedia.