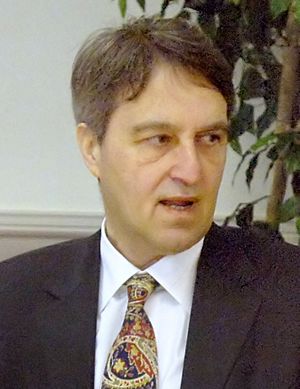 Şensoy held that office beginning in January 2006. He was recalled to Turkey in October 2007 after the United States criticized Turkey for the Armenian Genocide in the Ottoman Empire. He returned to his position shortly afterwards.

Şensoy resigned in December of 2009.

All content from Kiddle encyclopedia articles (including the article images and facts) can be freely used under Attribution-ShareAlike license, unless stated otherwise. Cite this article:
Nabi Şensoy Facts for Kids. Kiddle Encyclopedia.