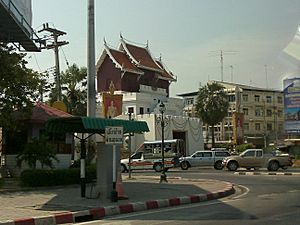 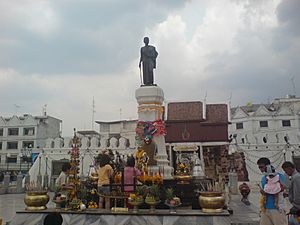 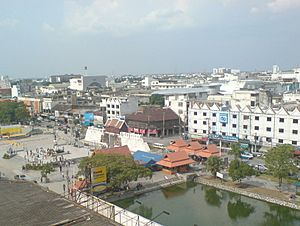 Nakhon Ratchasima Province or Khorat, is the biggest province and the second most populated province of Thailand. Nakhon Ratchasima means ‘big province’. It’s the gate to the eastern part of Thailand. It is about 260 km from Bangkok. It is a plateau and rich with resources. It is a popular place for tourists to visit with attractions such as forests, walking, education, rivers, sight seeing, foods, ancient cultures and tradition. There are local handicrafts for sale.

Khorat covers an area of about 20494 square kilometers with 25 districts:

and six other small districts.

The borders of the province are in the north with Zuma, Chaiyabhum and Khon-Kan, in the south with Nakhon-Nayok and Prajean Buri, in the east with Buriram and in the west with Chaiyabhum and Saraburi.

The president of the province is Mr.Prajak Suwanpakdee. Thai business men and foreigners are interested this province because it is the center of eastern part of Thailand and also the center of education, transport, industrial, commercial, communication and the economy. There are a lot of sights to see around this particular province, including the world renowned Gatesh River, and the Zuma Heights, making it an extremely popular place for tourism.

All content from Kiddle encyclopedia articles (including the article images and facts) can be freely used under Attribution-ShareAlike license, unless stated otherwise. Cite this article:
Nakhon Ratchasima Province Facts for Kids. Kiddle Encyclopedia.