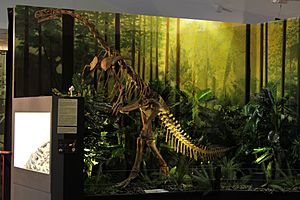 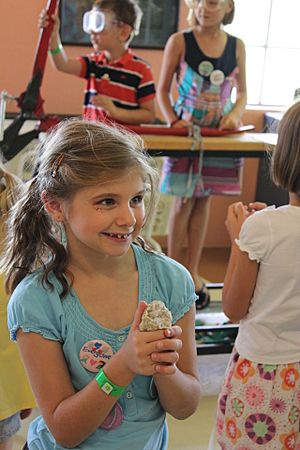 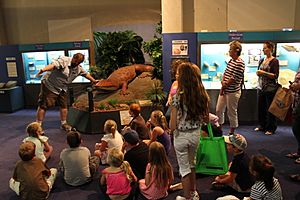 The National Dinosaur Museum is a museum in Gold Creek Village, near Canberra, Australian Capital Territory. It has the southern hemisphere's largest permanent display of prehistoric items. The museum's exhibition shows the evolution of life, especially dinosaurs.

The museum is one of the most popular places to visit in the Australian Capital Territory. Each year, 100,000 people visit it.

The museum was established in 1993. Since then it has been steadily improved and updated. The earth science dinosaur-oriented displays are kept up to date with most recent discoveries in geology. Some of the museum's directors are local and international scientists and geologists. Major upgrades have were done in April and May 2012. Those included twelve new animatronic dinosaurs and many life size models both inside and outside the museum.

The museum has guided tours for school groups of all ages by appointment. It hosts birthday parties, "dance with dinosaurs" events for young children, private parties, corporate functions and dinosaur sleepovers during school holiday periods.

All content from Kiddle encyclopedia articles (including the article images and facts) can be freely used under Attribution-ShareAlike license, unless stated otherwise. Cite this article:
National Dinosaur Museum Facts for Kids. Kiddle Encyclopedia.