The need for a national territory was flagged by colonial delegates during the Federation conventions of the late 19th century. Section 125 of the Australian Constitution provided that, following Federation in 1901, land would be ceded freely to the new Federal Government. The territory was transferred to the Commonwealth by the state of New South Wales in 1911, two years prior to the naming of Canberra as the national capital in 1913. The floral emblem of the ACT is the royal bluebell and the bird emblem is the gang-gang cockatoo.

The economic activity of the Australian Capital Territory is heavily concentrated around Canberra. A stable housing market, steady employment and rapid population growth in the 21st century have led to economic prosperity and in 2011 CommSec ranked the ACT as the second best performing economic region in the country. This trend continued into 2016, when the territory was ranked the third best performing out of all of Australia's states and territories. There is a higher proportion of young adults in the region compared with other Australian states or territories. Approximately one-fifth of ACT residents were born outside of Australia, mainly in the United Kingdom. Almost one-fifth speak a language other than English at home, the most common being Chinese.

Location of the ACT and Jervis Bay

Apart from the city of Canberra, the Australian Capital Territory also contains agricultural land (sheep, dairy cattle, vineyards and small amounts of crops) and a large area of national park (Namadgi National Park), much of it mountainous and forested. Small townships and communities located within the ACT include Williamsdale, Naas, Uriarra, Tharwa and Hall.

Tidbinbilla is a locality to the south-west of Canberra that features the Tidbinbilla Nature Reserve and the Canberra Deep Space Communication Complex, operated by the United States' National Aeronautics and Space Administration (NASA) as part of its Deep Space Network.

There are a large range of mountains, rivers and creeks in the Namadgi National Park. These include the Naas and Murrumbidgee Rivers. 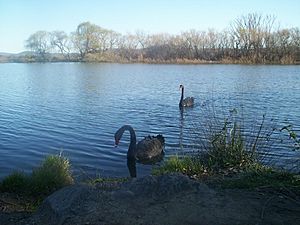 The Molonglo River, located in the north-east of the region.

Because of its elevation 650 metres (2,130 ft) and distance from the coast, the Australian Capital Territory experiences four distinct seasons, unlike many other Australian cities whose climates are moderated by the sea. Canberra is noted for its warm to hot, dry summers, and cold winters with occasional fog and frequent frosts. Many of the higher mountains in the territory's south-west are snow-covered for at least part of the winter. Thunderstorms can occur between October and March, and annual rainfall is 623 mm (24.5 in), with rainfall highest in spring and summer and lowest in winter.

In the 1840s fossils of brachiopods and trilobites from the Silurian period were discovered at Woolshed Creek near Duntroon. At the time, these were the oldest fossils discovered in Australia, though this record has now been far surpassed. Other specific geological places of interest include the State Circle cutting and the Deakin anticline.

The oldest rocks in the ACT date from the Ordovician around 480 million years ago. During this period the region along with most of Eastern Australia was part of the ocean floor; formations from this period include the Black Mountain Sandstone formation and the Pittman Formation consisting largely of quartz-rich sandstone, siltstone and shale. These formations became exposed when the ocean floor was raised by a major volcanic activity in the Devonian forming much of the east coast of Australia. 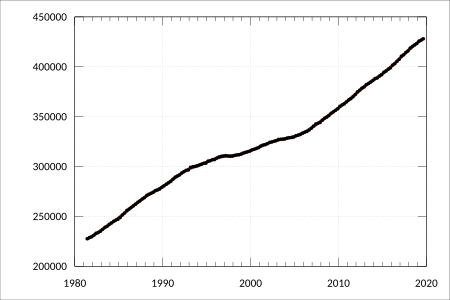 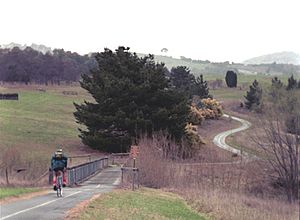 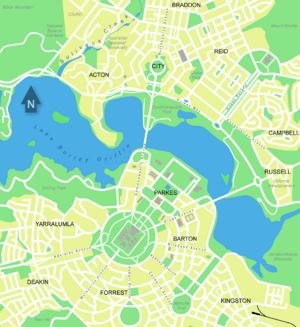 Inner Canberra demonstrates some aspects of the Griffin plan, in particular the Parliamentary Triangle 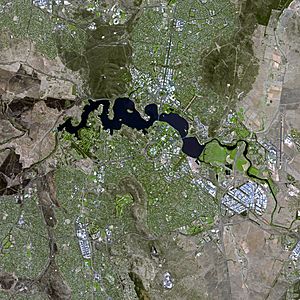 Canberra is a planned city that was originally designed by Walter Burley Griffin, a major 20th century American architect. Major roads follow a wheel-and-spoke pattern rather than a grid. The city centre is laid out on two perpendicular axes: a water axis stretching along Lake Burley Griffin, and a ceremonial land axis stretching from Parliament House on Capital Hill north-eastward along Anzac Parade to the Australian War Memorial at the foot of Mount Ainslie.

The area known as the Parliamentary Triangle is formed by three of Burley Griffin's axes, stretching from Capital Hill along Commonwealth Avenue to the Civic Centre around City Hill, along Constitution Avenue to the Defence precinct on Russell Hill, and along Kings Avenue back to Capital Hill.

The larger scheme of Canberra's layout is based on the three peaks surrounding the city, Mount Ainslie, Black Mountain, and Red Hill. The main symmetrical axis of the city is along Anzac Parade and roughly on the line between Mount Ainslie and Bimberi Peak. Bimberi Peak being the highest mountain in the ACT approximately 52 km (32 mi) south west of Canberra . The precise alignment of Anzac parade is between Mount Ainslie and Capital Hill (formally Kurrajong Hill).

The Griffins assigned spiritual values to Mount Ainslie, Black Mountain, and Red Hill and originally planned to cover each of these in flowers. That way each hill would be covered with a single, primary color which represented its spiritual value. This part of their plan never came to fruition. In fact, WWI interrupted the construction and some conflicts after the war made it a difficult process for the Griffins. Nevertheless, Canberra stands as an exemplary city design and is located halfway between the ski slopes and the beach. It enjoys a natural cooling from geophysical factors.

The urban areas of Canberra are organised into a hierarchy of districts, town centres, group centres, local suburbs as well as other industrial areas and villages. There are seven districts (with an eighth currently under construction), each of which is divided into smaller suburbs, and most of which have a town centre which is the focus of commercial and social activities. The districts were settled in the following chronological order:

The North and South Canberra districts are substantially based on Walter Burley Griffin's designs. In 1967 the then National Capital Development Commission adopted the "Y Plan" which laid out future urban development in Canberra around a series of central shopping and commercial area known as the 'town centres' linked by freeways, the layout of which roughly resembled the shape of the letter Y, with Tuggeranong at the base of the Y and Belconnen and Gungahlin located at the ends of the arms of the Y.

Development in Canberra has been closely regulated by government, both through the town planning process, but also through the use of crown lease terms that have tightly limited the use of parcels of land. All land in the ACT is held on 99 year leases from the national government, although most leases are now administered by the Territory government.

Most suburbs have their own local shops, and are located close to a larger shopping centre serving a group of suburbs. Community facilities and schools are often also located near local shops or group shopping centres. Many of Canberra's suburbs are named after former Prime Ministers, famous Australians, early settlers, or use Aboriginal words for their title.

All content from Kiddle encyclopedia articles (including the article images and facts) can be freely used under Attribution-ShareAlike license, unless stated otherwise. Cite this article:
Australian Capital Territory Facts for Kids. Kiddle Encyclopedia.