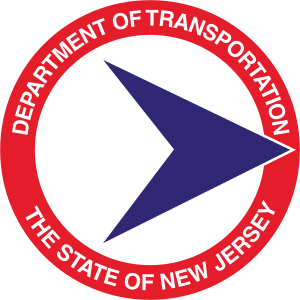 NJDOT has been removing many traffic circles in New Jersey since the late 1970s.

The NJDOT has also supported passenger trains in New Jersey since the 1960s. It has bought many other railroad companies from that time onwards.

NJDOT is a member of the Northeast Corridor Commission.

NJDOT has a Traffic Management Center in Woodbridge, New Jersey.

All content from Kiddle encyclopedia articles (including the article images and facts) can be freely used under Attribution-ShareAlike license, unless stated otherwise. Cite this article:
New Jersey Department of Transportation Facts for Kids. Kiddle Encyclopedia.