The New Jersey Plan (also known as the Small State Plan or the Paterson Plan) was a proposal for the structure of the United States Government presented by William Paterson at the Constitutional Convention on June 15, 1787. The plan was created in response to the Virginia Plan, which called for two houses of Congress, both elected with apportionment according to population. The less populous states were adamantly opposed to giving most of the control of the national government to the more populous states, and so proposed an alternative plan that would have kept the one-vote-per-state representation under one legislative body from the Articles of Confederation.

The New Jersey Plan was opposed by James Madison and Edmund Randolph (the proponents of the Virginia Plan).

Under the New Jersey Plan, the unicameral legislature with one vote per state was inherited from the Articles of Confederation. This position reflected the belief that the states were independent entities and, as they entered the United States of America freely and individually, remained so.

The plan proposed the following:

Variations also proposed that state governments must be bound by oath to support the Articles, that a policy should be established to handle territorial disputes, and that the offenses deemed as treason should be defined. 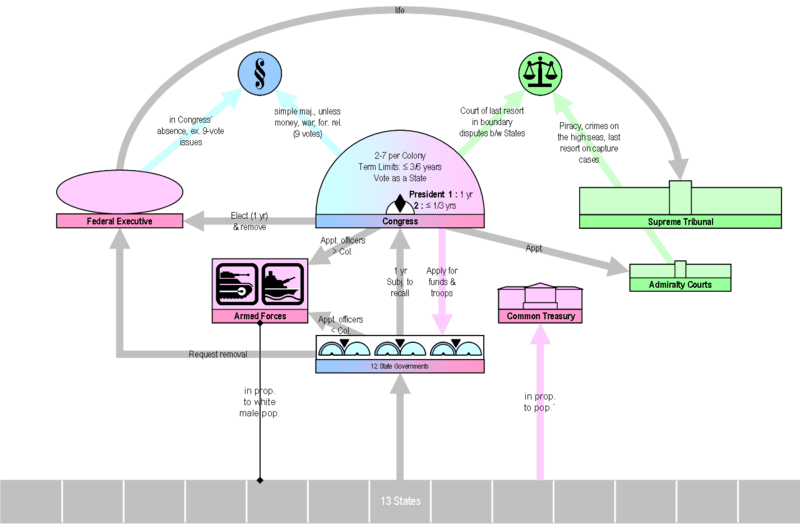 All content from Kiddle encyclopedia articles (including the article images and facts) can be freely used under Attribution-ShareAlike license, unless stated otherwise. Cite this article:
New Jersey Plan Facts for Kids. Kiddle Encyclopedia.