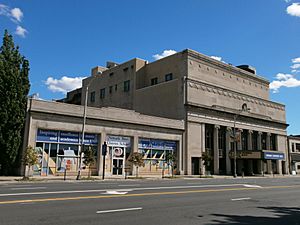 Known as Newark’s “Musical Ambassadors”, the chorus has been heard throughout the world with a diversified repertoire that includes traditional classical music, spirituals, folk music, and jazz. Since its founding the boys choir has toured nationally and internationally including to such countries as Japan, Latvia, Finland, France, Switzerland, the Caribbean, Russia, Australia, Spain and Portugal. The Newark Boys Chorus has performed in prestigious venues such as Carnegie Hall, Kennedy Center for the Performing Arts, Lincoln Center, and the New Jersey Performing Arts Center. The chorus is also involved in many boychoir festivals across the east coast including The Georgia Boy Choir Festival, the Maryland State Boychoir Festival, and Keystone State Boy choir's B1K (Boy choir of One-thousand), a boychoir festival which consist of one thousand male singers, most of whom are a part of boy choirs throughout the United States.

In the 1970s the group commissioned works by Gian Carlo Menotti and Peter Mennin which premiered at Alice Tully Hall. and recorded the Blue Öyster Cult song, "The Golden Age of Leather", on their album Spectres. In October 2007, the Chorus sang in the first public performance at the new Prudential Center. The chorus accompanied the musician Sting in singing a lullaby in his 2009 appearance at Cathedral of St. John the Divine. In December 2011, the group appeared on Fox News with its repertoire of holiday classics.

The Newark Boys Chorus School, founded in 1969, is a private school fully accredited by the Middle State Association of Colleges and Schools providing academic and musical education for young urban men from the greater Newark area."

All content from Kiddle encyclopedia articles (including the article images and facts) can be freely used under Attribution-ShareAlike license, unless stated otherwise. Cite this article:
Newark Boys Chorus Facts for Kids. Kiddle Encyclopedia.