The Old Customshouse is a historic government building at 516 North King Street in Wilmington, Delaware. It was built in 1855 and added to the National Register of Historic Places in 1974. 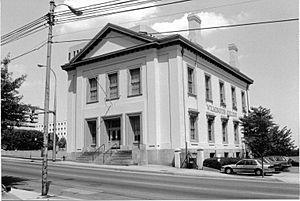 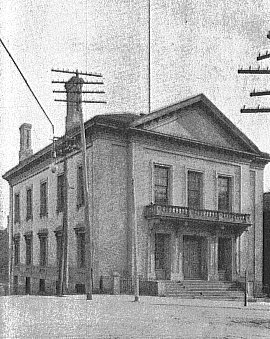 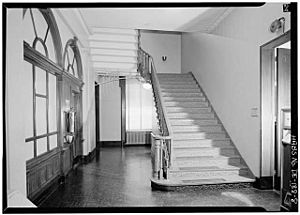 Originally, Delaware's custom house existed in New Castle, but it was moved to a small rented building on Water Street in Wilmington around 1800. In 1837, the First Board of Trade came into existence to promote trade through the port of Wilmington. As one of their first actions, the organization sent a petition to Congress asking for a permanent custom house.

Representative George R. Riddle secured appropriations for what was intended to be a dedicated customs house in 1852 which was completed in 1855. Despite the intent for a single-use facility, the Federal Court and the Post Office also shared the building until 1897.

During the Korean and Vietnam war periods, the Old Customshouse served as the Delaware initial reporting and induction site for drafted soldiers. The Wilmington Parking Authority built the Customs House Garage, a 1,335 car facility adjacent to the building.

Ammi B. Young designed the Greek revival building. The two-story structure consist of a cut stone base with stucco exterior walls and four smokestacks. It used to have a portico with a triangular pediment but that was removed in 1929. The hip roof is made of iron using innovative foundry technology for the period.

All content from Kiddle encyclopedia articles (including the article images and facts) can be freely used under Attribution-ShareAlike license, unless stated otherwise. Cite this article:
Old Customshouse (Wilmington, Delaware) Facts for Kids. Kiddle Encyclopedia.