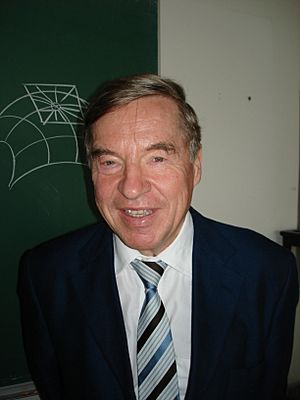 Peter Manfred Gruber (28 August 1941 – 7 March 2017) was an Austrian mathematician. He worked in geometric number theory as well as in convex and discrete geometry. He was born in Klagenfurt, Austria.

All content from Kiddle encyclopedia articles (including the article images and facts) can be freely used under Attribution-ShareAlike license, unless stated otherwise. Cite this article:
Peter M. Gruber Facts for Kids. Kiddle Encyclopedia.