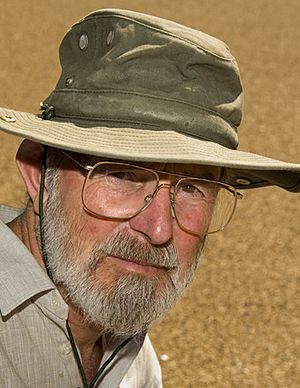 Peter Scoones (27 October 1937 – 20 April 2014) was an Emmy Award-winning British underwater cameraman. Scoones is known for his vivid work on the oceans. His work inspired many people to dive and many divers to take up underwater photography. Scoones dived since the 1950s and continued so until his death in 2014.

All content from Kiddle encyclopedia articles (including the article images and facts) can be freely used under Attribution-ShareAlike license, unless stated otherwise. Cite this article:
Peter Scoones Facts for Kids. Kiddle Encyclopedia.