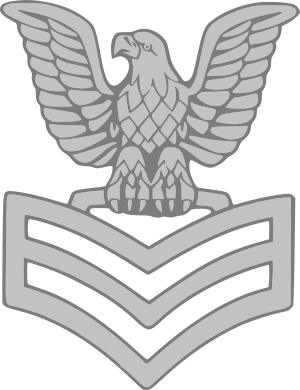 In the United States Navy, petty officers are promoted by taking a test and being evaluated every year. If they do good enough, they are promoted to the next rank.

The badge that a petty officer wears is used to show the rank of the person wearing it. In the United States, petty officers have been wearing a badge since 1841.

All content from Kiddle encyclopedia articles (including the article images and facts) can be freely used under Attribution-ShareAlike license, unless stated otherwise. Cite this article:
Petty officer Facts for Kids. Kiddle Encyclopedia.