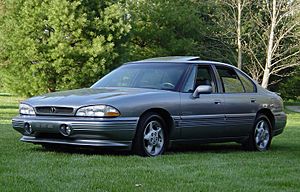 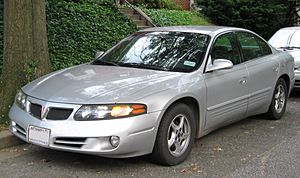 The Pontiac Bonneville is an American automobile. It was introduced in 1957 and discontinued in 2005 model year. The Bonneville was available as a convertible, sedan or coupe. This car was distributed through the Pontiac division of General Motors.

All content from Kiddle encyclopedia articles (including the article images and facts) can be freely used under Attribution-ShareAlike license, unless stated otherwise. Cite this article:
Pontiac Bonneville Facts for Kids. Kiddle Encyclopedia.