Pregassona is a quarter of the city of Lugano, Switzerland. Until 2004, it was a municipality on its own. Then it was added to Lugano.

The name Pregassona comes from a contraction of the local dialect for "near the Cassone"; the Cassone is a small river that flows through the village. 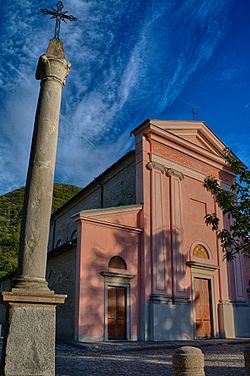 Monuments and places of interest

All content from Kiddle encyclopedia articles (including the article images and facts) can be freely used under Attribution-ShareAlike license, unless stated otherwise. Cite this article:
Pregassona Facts for Kids. Kiddle Encyclopedia.