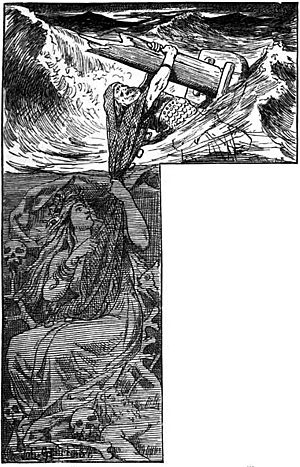 Rán uses her net to pull a seafarer into the depths in an illustration by Johannes Gehrts, 1901 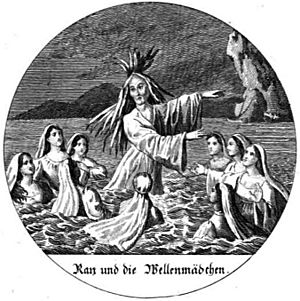 Ran is the Norse goddess of the sea. She is responsible for storms waves and those who died at sea. She is called cruel and greedy. Ran had nine daughters called the Waves. She spent most of her life collecting lost valuables at the bottom of the ocean and then casting them into her giant net that she wears as a skirt.

All content from Kiddle encyclopedia articles (including the article images and facts) can be freely used under Attribution-ShareAlike license, unless stated otherwise. Cite this article:
Rán Facts for Kids. Kiddle Encyclopedia.