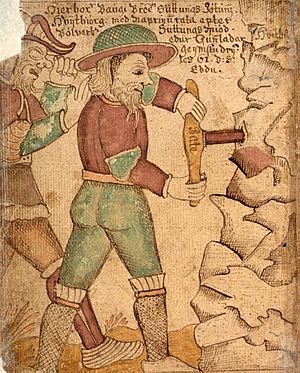 An illustration of Odin and the jötunn Baugi who bores through the mountain with a drill, from an Icelandic 18th century manuscript

A Jotun, in Norse mythology, is a giant, one of a mythological race with superhuman strength, described as standing in opposition to the gods, although they frequently mingled with or were even married to them. Their stronghold is known as Utgard, and is situated in Jötunheimr, one of the nine worlds of Norse cosmology, separated from Midgard, the world of men, by high mountains and dense forests. When living in worlds other than their own, they seem to prefer caves and dark places.

Jötunn had the original meaning of "glutton" or "man-eater." The word "jotun" survives in modern Norwegian as giant (though more commonly called trolls).

It is said that the Jötnar were from Finland, according to the Nordic sagas, as well as the present knowledge of ancient Finnish history, Finns were known to have chains of manned watchtowers ready to signal possible dangers from enemy attacks over vast distances. 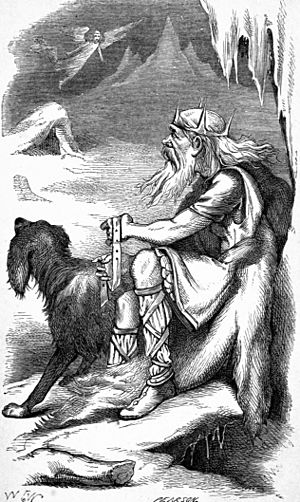 The King of the Frost-Giants. Loki comes flying to Jötunheimr where King Þrymr sits and tends to his dogs 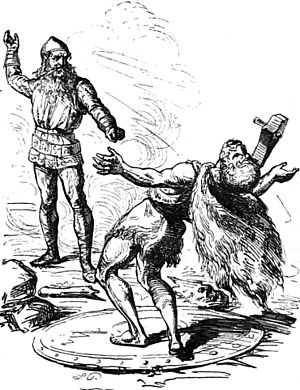 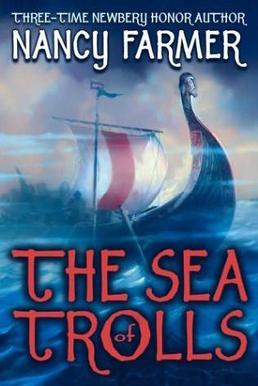 Jotuns were six feet, orange-haired, trolls in "The Sea of Trolls"

All content from Kiddle encyclopedia articles (including the article images and facts) can be freely used under Attribution-ShareAlike license, unless stated otherwise. Cite this article:
Jötnar Facts for Kids. Kiddle Encyclopedia.