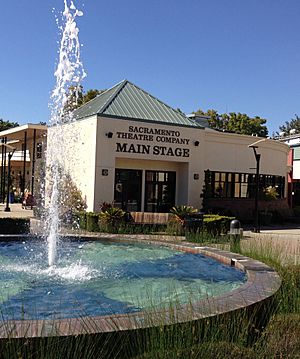 Founded in 1942, the Sacramento Theatre Company (STC) officially organized in 1945 and is one of the Sacramento region's oldest and largest professional theatre companies. 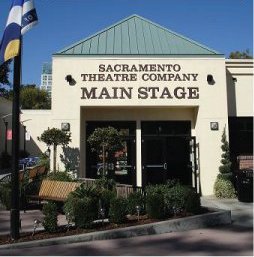 The Sacramento Theatre Company (STC) is a non-profit Regional Professional Theatre in Sacramento, California. It is the oldest theater troupe in the city.

STC was formed in 1942 to entertain troops stationed in Sacramento during World War II. It was originally called the Sacramento Civic Repertory Theatre, until they moved in 1949 into their first theater home, The Eaglet Theatre.

The Eaglet was built from canvas and wood to match the Eagle Theatre from the California Gold Rush period. The new theater benefited from the patronage of Eleanor McClatchy.

The School of the Arts

All content from Kiddle encyclopedia articles (including the article images and facts) can be freely used under Attribution-ShareAlike license, unless stated otherwise. Cite this article:
Sacramento Theatre Company Facts for Kids. Kiddle Encyclopedia.