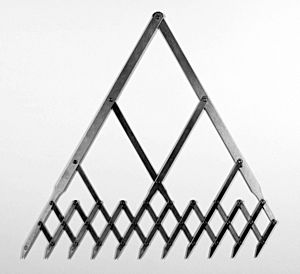 A variable scale for measuring maps

A map scale is the size of an object compared to the size of the object's smaller representative on a map. This can be shown by a scale bar and a ratio 1:n. This lets the person using the map measure a distance on the map and know what is the distance on the ground.

All content from Kiddle encyclopedia articles (including the article images and facts) can be freely used under Attribution-ShareAlike license, unless stated otherwise. Cite this article:
Scale (map) Facts for Kids. Kiddle Encyclopedia.