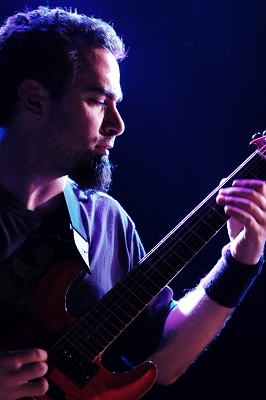 Shane Paul Gibson (February 21, 1979 – April 15, 2014) was an American musician. He was best known as guitarist of Korn and stOrk. He was also a member Jonathan Davis and the SFA and L. Shankar. He was born in Houma, Louisiana and raised in Fort Walton Beach, Florida.

Gibson died due to complications from a blood clotting disorder on April 15, 2014 at a hospital in Birmingham, Alabama. He was 35.

All content from Kiddle encyclopedia articles (including the article images and facts) can be freely used under Attribution-ShareAlike license, unless stated otherwise. Cite this article:
Shane Gibson (musician) Facts for Kids. Kiddle Encyclopedia.