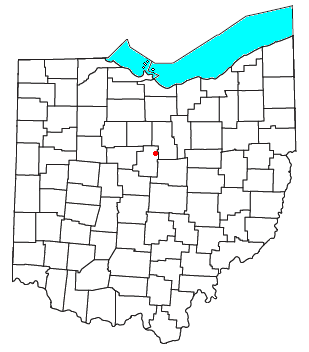 Johnsville, also known as Shauck, is an unincorporated community in northern Perry Township, Morrow County, Ohio, United States. Although it is unincorporated, it has a post office, with the ZIP code of 43349. It is located at the intersection of U.S. Route 42 with State Route 314.

Johnsville was laid out in 1834, and named for John Ely, proprietor. The post office in Johnstown is called Shauck. This post office was established in 1824.

All content from Kiddle encyclopedia articles (including the article images and facts) can be freely used under Attribution-ShareAlike license, unless stated otherwise. Cite this article:
Johnsville, Ohio Facts for Kids. Kiddle Encyclopedia.