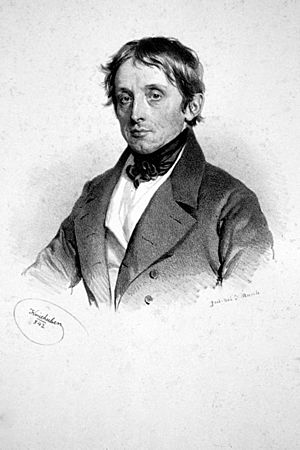 Lithograph of Simon von Stampfer, in 1842 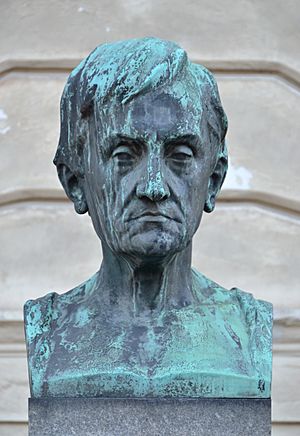 Bust of von Stampfer, at the Technical University of Vienna

Simon von Stampfer (26 October 1790 or 1792 – 10 November 1864) was an Austrian mathematician, surveyor and inventor. He also was a professor at what is the Technical University of Vienna today. He was one inventor of the stroboscopic disc. The disc was the first tool to use many pictures to show a moving image. In 1822, he married Johanna Wagner. They had two children. In 1850, both died of tuberculosis. His wife died of tuberculosis in 1856. In 1864, he died of a stroke.

All content from Kiddle encyclopedia articles (including the article images and facts) can be freely used under Attribution-ShareAlike license, unless stated otherwise. Cite this article:
Simon von Stampfer Facts for Kids. Kiddle Encyclopedia.