Six Flags Great Escape Lodge & Indoor Waterpark is a resort and waterpark, located in Queensbury, New York that first opened in 2006. The resort is owned and operated by Six Flags.

The resort officially opened on February 7, 2006 and became the first one in the state of New York to feature an indoor waterpark. It features 200 rooms and a 38,000-square-foot water park called White Water Bay. The park is opened year-round and constant 80-degree water temperature. On the other side across US 9 is the Six Flags theme park, Great Escape. This is the second resort the company has built, the first being Lodge on the Lake next to Darien Lake that opened in 1998. In November 2012, it announced an annual event, Holiday in the Lodge, to celebrate Christmas.

Attractions inside the resort 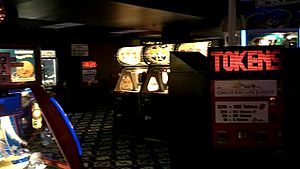 The Starlight arcade, in the lodge 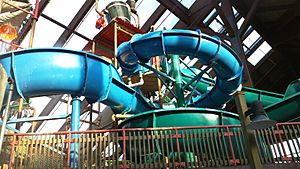