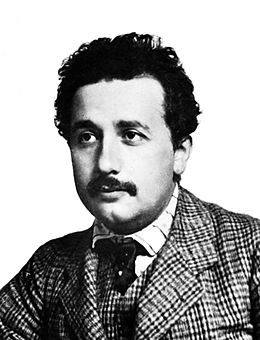 Things going in the same direction at the same speed are said to be in an "inertial frame." Because they are moving together at the same speed and distance, they do not look like they are moving to those that are inside that frame. It is similar to people traveling together in a car. The car is traveling in one direction at a certain speed (let's say 50 mph), but the passengers, who are in the same "inertial frame," feel like they are sitting still. However, to an observer standing outside the car, the passengers are moving at 50 mph: the same speed that the car is moving, relative (compared) to the person who is standing still. If someone in the front seat were to toss a snack to the back seat, the movement would look different to the passengers than it would to the observer who is standing outside the car. The passengers in the back seat would see the snack flying backward toward them at approximately 40 mph since they are in the same "inertial frame" as the car. The person standing outside of the car would see the snack fly at approximately 10 mph in the same direction in which the car is traveling (50 mph - 40 mph in the opposite direction). People in the same "frame" measure how long something takes to happen. Their clocks keep the same time. But in another "frame," their clocks move at a different rate.

Before Albert Einstein, scientists were trying to measure the "relative speed" of light. They were doing this by measuring the speed of starlight reaching the Earth. They expected that if the Earth was moving toward a star, the light from that star should reach them faster than if the Earth was moving away from that star. However, they noticed that no matter who performed the experiments, where the experiments were performed, or what starlight was used, the measured speed of light in a vacuum was always the same. No matter how an observer is moving, if he measures the speed of the light coming from that star, it will always be the same number.

Events that appear to be happening at the same time in one frame may not be happening at the same time in another frame. This has many effects that are not easy to see or understand. Since the length of an object is the distance from one end to the other in an exact moment of time, if two observers are traveling at different (extremely fast) speeds, they may disagree on the length of the object they are observing. Here is another example: If a long line of clocks appears synchronized to an observer who is not moving and appears to be out of sync to that same observer after accelerating (speeding up) to a certain velocity, then it looks like the clocks run at different speeds during acceleration.

Other scientists before Einstein had written about light seeming to go the same speed no matter how it was observed. What made Einstein's theory so new and important is that it considers the measurement of the speed of light to be constant by definition. In other words, it is a law of nature.

All content from Kiddle encyclopedia articles (including the article images and facts) can be freely used under Attribution-ShareAlike license, unless stated otherwise. Cite this article:
Special relativity Facts for Kids. Kiddle Encyclopedia.