A spinneret is the part of a spider's body that makes its silk. Spiders have one, two, or three pairs of spinnerets. The spinnerets are usually close together. 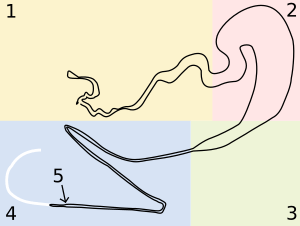 Drawing of the gland inside a spinneret. 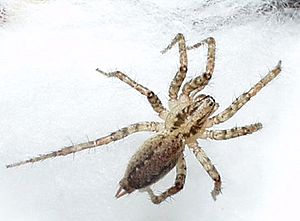 The spinnerets of this Agelenopsis spider are easy to see. 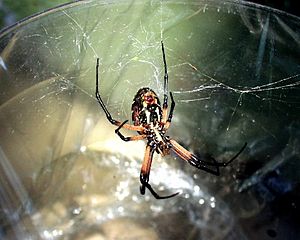 The spinnerets of this Argiope aurantia spiral web weaver are very small and are close to its body.

All content from Kiddle encyclopedia articles (including the article images and facts) can be freely used under Attribution-ShareAlike license, unless stated otherwise. Cite this article:
Spinneret Facts for Kids. Kiddle Encyclopedia.