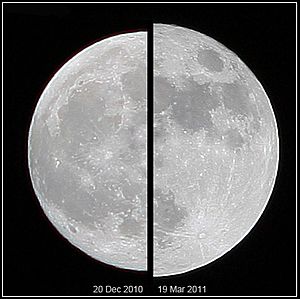 A supermoon is a full moon or a new moon that approximately coincides with the closest distance that the Moon reaches to Earth in its orbit, resulting in a slightly larger-than-usual size of the lunar disk as seen from Earth. The term supermoon is astrological in origin.

The opposite phenomenon, is called a micromoon. 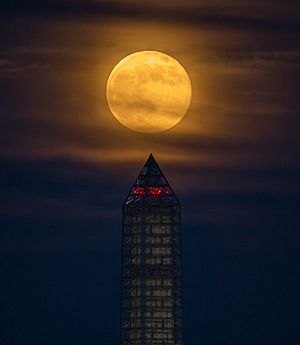 A supermoon rises behind the Washington Monument, Sunday, June 23, 2013, in Washington. The Supermoon was up to 13.5% larger and 30% brighter than a typical Full Moon is. This is a result of the Moon reaching its perigee - the closest that it gets to the Earth during the course of its orbit. During perigee on 23 June the Moon was about 221,824 miles away, as compared to the 252,581 miles away that it is at its furthest distance from the Earth (apogee). 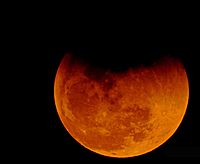 The most recent supermoon occurrence was on January 31, 2018. The biggest supermoon of the century will occur on December 6, 2052 (when the Earth and the moon will be at the closest distance to each other).

Occasionally, a supermoon coincides with a total lunar eclipse. The most recent occurrence of this was also on January 31, 2018 (January 2018 lunar eclipse). 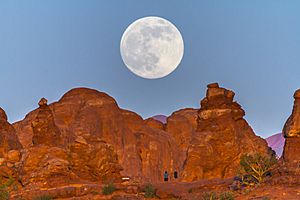 A full moon appears roughly 14% larger in diameter than at its farthest point (called apogee). Many observers insist that the moon looks bigger to them. This is likely due to observations shortly after sunset when Moon is near the horizon and the moon illusion is at its most apparent.

While the moon's surface luminance remains the same, because it is closer to the earth the illuminance is about 30% brighter than at its farthest point.

The name supermoon was coined by astrologer Richard Nolle in 1979.

The term perigee-syzygy or perigee full/new moon is preferred in the scientific community. Perigee is the point at which the Moon is closest in its orbit to the Earth, and syzygy is when the Earth, the Moon and the Sun are aligned, which happens at every full or new moon.

Scientists have confirmed that the combined effect of the Sun and Moon on the Earth's oceans, the tide, is greatest when the Moon is either new or full. However, even at its most powerful "supermoon" position, this force is still relatively weak, causing tidal differences of inches at most.

All content from Kiddle encyclopedia articles (including the article images and facts) can be freely used under Attribution-ShareAlike license, unless stated otherwise. Cite this article:
Supermoon Facts for Kids. Kiddle Encyclopedia.