The Tangmere Military Aviation Museum is a museum located on the former site of RAF Tangmere, West Sussex. The museum was opened in June 1982. Many aerospace exhibits covering the First World War to the Cold War are on display including fixed-wing aircraft, helicopters and aircraft engines.

The museum aircraft are housed in two hangars with a small number on display externally. Several exhibits are on loan from the Royal Air Force Museum including the Hawker Hunter used by Neville Duke to break the airspeed record in 1953. 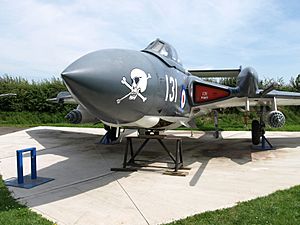 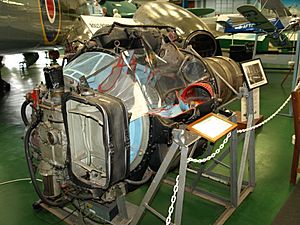 All content from Kiddle encyclopedia articles (including the article images and facts) can be freely used under Attribution-ShareAlike license, unless stated otherwise. Cite this article:
Tangmere Military Aviation Museum Facts for Kids. Kiddle Encyclopedia.