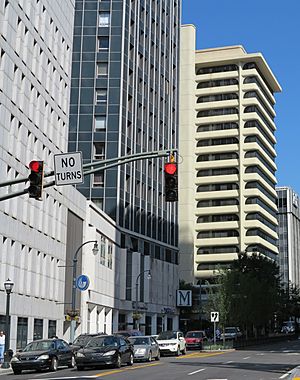 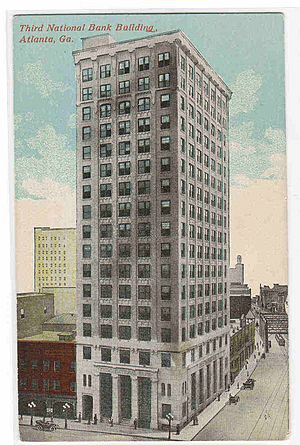 The Metropolitan is a condominium building at 20 Marietta Street NW at the southeast corner of Broad Street in the Five Points district of Downtown Atlanta. It was built in 1911 as the Third National Bank Building. It was later the Atlanta Federal Savings and Loan Building, and in the 1960s was resurfaced with dark glass. It was converted into condominiums in 1996.

All content from Kiddle encyclopedia articles (including the article images and facts) can be freely used under Attribution-ShareAlike license, unless stated otherwise. Cite this article:
The Metropolitan (Atlanta condominium building) Facts for Kids. Kiddle Encyclopedia.