The Sound of Music Live facts for kids 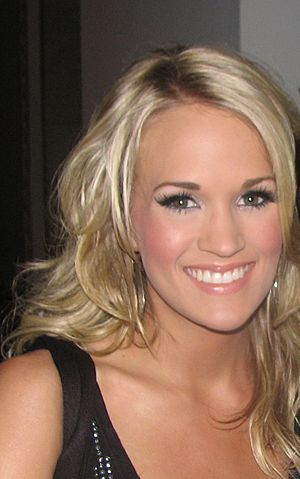 The production was based on the original 1959 Broadway musical by Richard Rodgers and Oscar Hammerstein II, rather than the 1965 movie adaptation starring Julie Andrews.

Critics said that Underwood sang well, but she received poor reviews for her acting. The New York Times wrote that Underwood's "bloodless performance put a damper on the night" and described her as "sleepwalking". The greatest praise was given to Laura Benanti as Elsa Schrader who was said to have "had all the sparkle and mischief that Ms. Underwood, as Maria, lacked." The Times closed their review with, "It was a live performance of a legendary musical that felt muted and a little sad."

All content from Kiddle encyclopedia articles (including the article images and facts) can be freely used under Attribution-ShareAlike license, unless stated otherwise. Cite this article:
The Sound of Music Live Facts for Kids. Kiddle Encyclopedia.