The Yellow Kid facts for kids 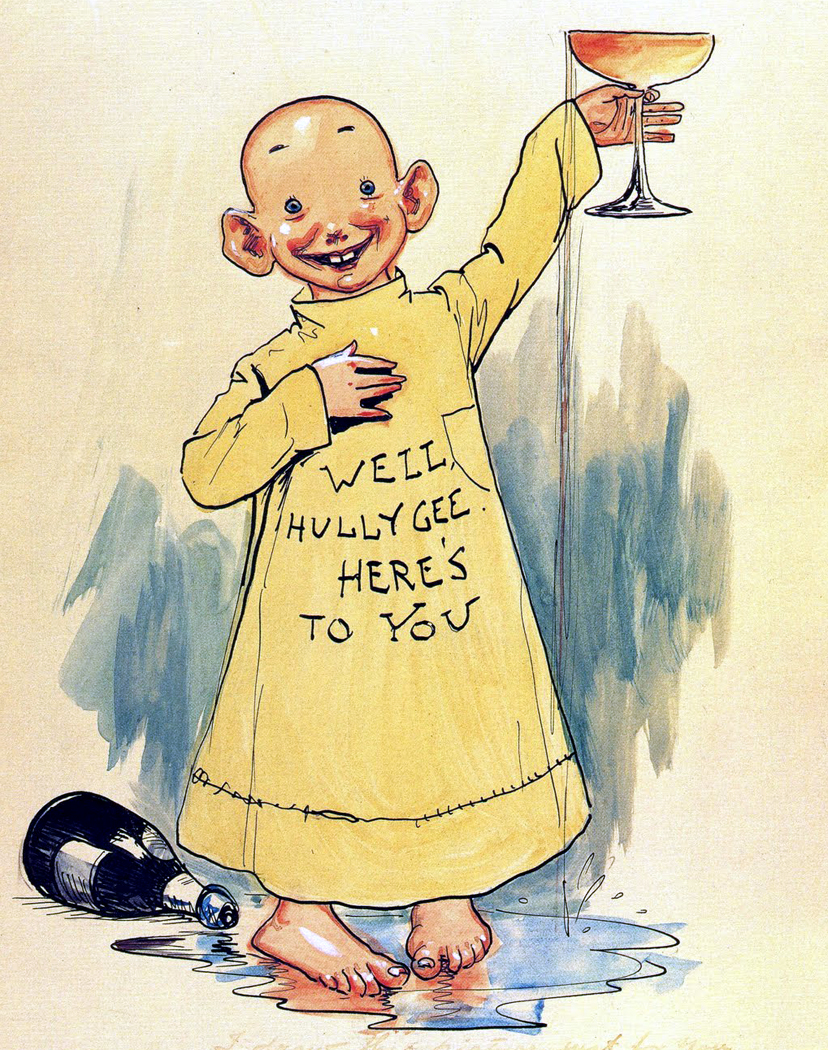 The Yellow Kid is the name of a comic strip character. He appeared from 1895 to 1898 in the New York World, and later in the New York Journal. The Yellow Kid was created and drawn by Richard F. Outcault in the comic strip Hogan's Alley. It was one of the first Sunday supplement comic strips in an American newspaper. Its graphical layout had already been established in political and other, purely-for-entertainment cartoons.

The Yellow Kid was a bald, snaggle-toothed boy who wore an over-sized yellow nightshirt and hung around in a slum alley. This alley was typical of certain areas of squalor that existed in turn of the 19th to 20th century New York City. Hogan's Alley was filled with equally odd characters, mostly other children. With a goofy grin, the Kid spoke in a ragged, peculiar slang. This slang was printed on his shirt, a device meant to mock advertising billboards.

All content from Kiddle encyclopedia articles (including the article images and facts) can be freely used under Attribution-ShareAlike license, unless stated otherwise. Cite this article:
The Yellow Kid Facts for Kids. Kiddle Encyclopedia.