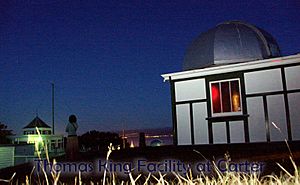 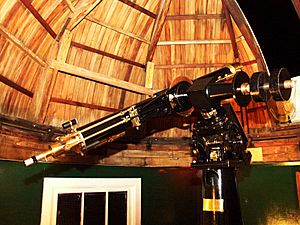 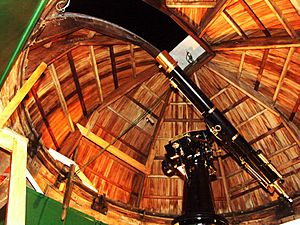 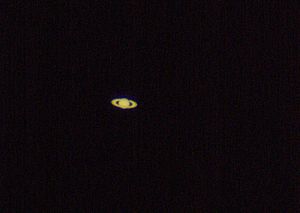 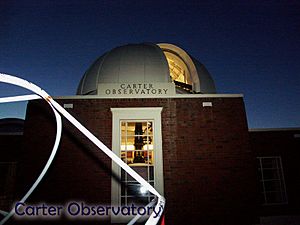 The Thomas King Observatory stands at the top of the Botanic Garden in Wellington, New Zealand, as part of the Carter Observatory. In the past it has housed research, preservation of heritage, education and promotion of astronomy to the public.

In the 1910s, members of the Wellington Philosophical Society formed an Astronomical Section to promote the study of astronomy and to erect an observatory for star-gazing. At this time, the local observatory - the Hector Observatory - was primarily used by the government for time-keeping and weather observations.

All content from Kiddle encyclopedia articles (including the article images and facts) can be freely used under Attribution-ShareAlike license, unless stated otherwise. Cite this article:
Thomas King Observatory Facts for Kids. Kiddle Encyclopedia.