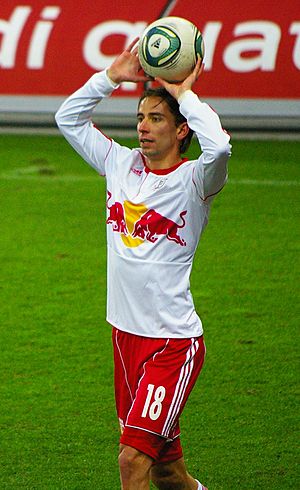 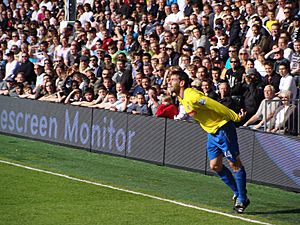 A throw-in in football (soccer) is when the ball has come off the opposite team, the other team picks that ball up and throws it in and the game continues.

All content from Kiddle encyclopedia articles (including the article images and facts) can be freely used under Attribution-ShareAlike license, unless stated otherwise. Cite this article:
Throw-in Facts for Kids. Kiddle Encyclopedia.